What is Crypto Lender Celsius Network Not Telling Depositors?

What is Crypto Lender Celsius Network Not Telling Depositors?

Standing in a spacious, white living room and sporting a black T-shirt, Alex Mashinsky, CEO and co-founder of cryptocurrency lender Celsius Network, urged his customers to ignore the naysayers.

“Don’t listen to the FUD-ers, look at the facts,” Mashinsky said on the YouTube livestream on July 17, using crypto slang for “fear, uncertainty and doubt.” A few minutes later, he reassured the audience of “Celsians,” as the platform’s users are nicknamed, that the company is prudently deploying their crypto deposits.

Like a bank, Celsius Network borrows from one set of clients, lends to other customers and pockets the difference in interest. Unlike a bank, it only borrows and mainly lends cryptocurrency, and it does not have government deposit insurance. The company claims to have gathered a total of more than $1 billion worth of crypto deposits as of June.

As an example of its high lending standards, Mashinsky said Celsius Network strictly demands collateral when making a loan.

The statement was at odds with what Celsius’ own representative had told CoinDesk just a few days before.

In response to a question from CoinDesk, Anastasia Golovina, an external spokesperson for Celsius Network at the Ditto PR agency, confirmed the company also makes uncollateralized loans, on what she described as a limited basis.

“Celsius’ total uncollateralized loans are less than a fraction of 1 percent out of tens of thousands of loans issued since 2018,” Golovina told CoinDesk by email on July 13, referring to the number of loans but not the dollar volume. “All of these were normal size loans and were done to institutions with billions of dollars in equity.”

When subsequently asked about the dollar volume of the uncollateralized loans and about Mashinsky’s denial of their existence on the AMA, Golovina did not provide a response.

Even if small, the uncollateralized lending is one of several salient items that Celsius has downplayed or not shared with depositors.

Is Celsius Network the next hot ticket?

Celsius, which has raised close to $20 million in the past two months on the crowdfunding platform BnkTotheFuture (including $10 million from stablecoin issuer Tether), is a major player in a budding corner of the crypto industry.

In the past year, lending activity has mushroomed as some holders sought to earn a yield on their assets, others sought to raise cash without selling their coins and market makers borrowed to fill orders quickly.

The phenomenon could potentially improve liquidity and price discovery for crypto assets. (Disclosure: Another crypto lender, Genesis Capital, is owned by Digital Currency Group, which is also the parent company of CoinDesk.)

But like all lending, the crypto kind carries risk – and Celsius may be taking more of it than depositors fully realize.

Whatever the amount of unsecured lending in which Celsius engages, the majority of Celsius’ loans appears to be collateralized. To borrow $1,000 with a 0.7% interest rate, for example, a trader needs to pledge around 0.43 BTC of collateral to Celsius as of this writing, and if the value of that collateral dips, the loan is subject to margin calls.

But Celsius has also at times invested deposits in perpetual swaps, futures-like contracts with no expiry date, people familiar with Celsius’ business said. 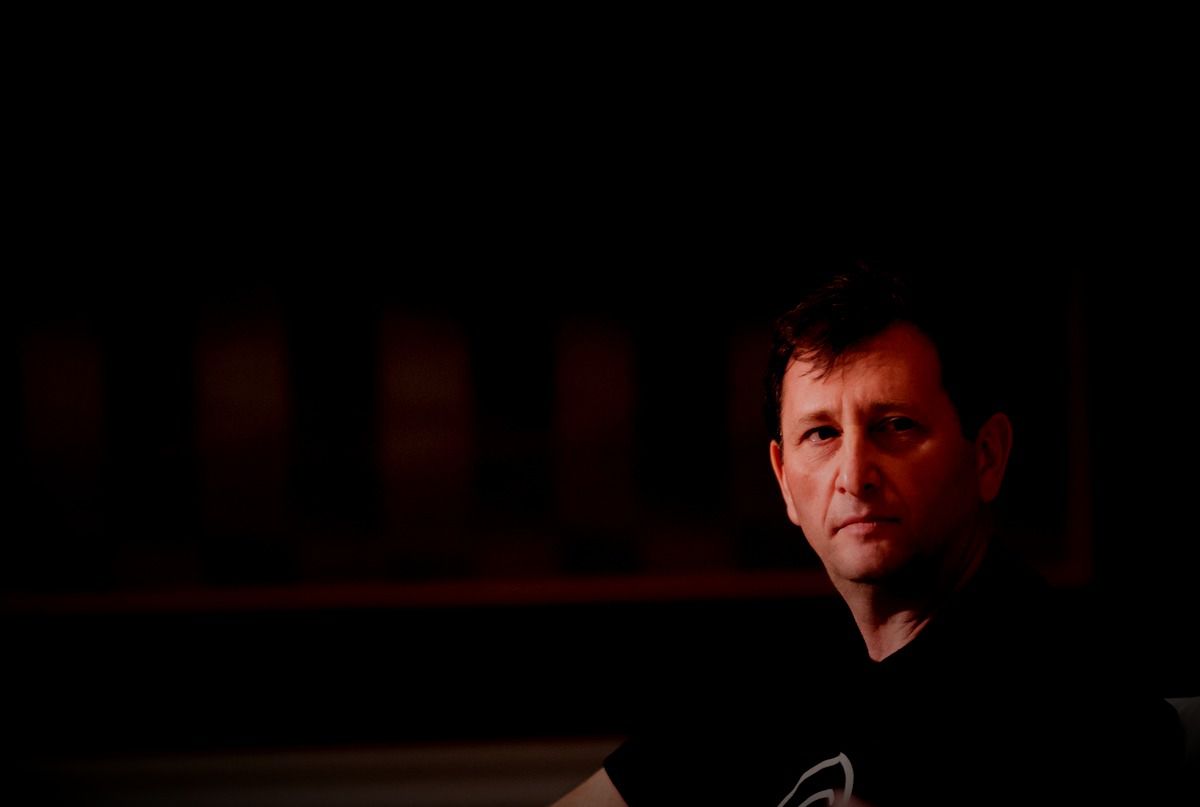 Reportedly pioneered by the BitMEX exchange, perpetual swaps settle to an index periodically, letting traders maintain their positions without rolling them over. This activity, one source said, increases Celsius’ vulnerability to brutal sell-offs like the one bitcoin endured in mid-March, which led to a spike in forced unwindings of such contracts at BitMex.

“The problem is that some of that is done on BitMEX, and you take March 12 again and BitMEX closes down through the margin-call floor – the extra 2% profit is now negative 10% profit,” this person said, describing a hypothetical scenario.

“Our business is to lend out coins to institutions,” Mashinsky said in an email to CoinDesk. “Celsius lends mostly to large institutions and sometimes to exchanges, both provide us with collateral.”

Rehypothecation: a growing concern for depositors

A serial entrepreneur who helped pioneer voice-over-internet-protocol (VOIP) technology, Mashinsky founded Celsius in early 2018. Like many in the crypto space, he touts his service as a way to democratize finance. An August 2019 pitch deck obtained by CoinDesk says the company’s vision is to provide “fair interest income for 7 billion people.”

Also potentially concerning to depositors, people with knowledge of the matter said, is that Celsius lends out portions of the collateral borrowers hand over.

An over-the-counter desk trader likened this practice, known as rehypothecation, to the way subprime loans were repackaged and sold as mortgage-backed securities and then resold as collateralized debt obligations in the years leading up to the 2008 financial crisis.

Because of rehypothecation, which the trader said several crypto lending platforms are engaging in, he is seeing many clients pull out of lending and move toward options contracts.

Another source familiar with Celsius’ business said the lender’s rehypothecation of loan collateral is also why crypto miners don’t take out loans from the firm – they don’t want to end up unable to access crypto they mined.

In response to questions about rehypothecation of collateral, Golovina said Celsius won’t “discuss our best business practice and the competitive advantage of our business model.”

In its terms of use, Celsius reserves the right to re-hypothecate customers’ assets, but it’s ambiguous whether the passage refers solely to depositors’ funds or to borrowers’ pledged collateral as well. “In consideration for the rewards earned on your Account and the use of our Services,” the document says, “you grant Celsius the right … to pledge, re-pledge, hypothecate, rehypothecate, sell, lend or otherwise transfer or use any amount of such Digital Assets … for any period of time.”

Before the aforementioned recent $19.2 million investment from Tether and BnkToTheFuture, Celsius raised its startup capital through an initial coin offering (ICO) in early 2018. The company swapped its CEL token for bitcoin (BTC) and ether (ETH), the largest and second-largest cryptocurrencies by market capitalization, respectively.

However, Celsius did not convert the crypto it received in the ICO to fiat until after the market tanked, which caused it to lose about half the value of the proceeds, people familiar with the sale said.

Public information supports this claim. In September 2019, Mashinsky told CoinDesk the ICO was valued at $50 million. But financial statements filed with the U.K. registrar Companies House in May 2020 show proceeds of only $25 million as of Feb. 28, 2019. (Celsius is based in Hoboken, N.J., and privately held, but has a subsidiary in London, and is thus required to file financials with the registrar.)

Celsius chalked up the difference to an accounting practice, but acknowledged it did not convert the crypto to fiat in the same month that it was raised.

“While Celsius reported an ICO worth $50 million, when the coins converted to fiat the value of the coins dropped as the market dropped in accordance,” Golovina said. “In addition, for tax reasons, we recognize revenues over several years as we use the funds to build the product.”

Read more: Here’s Why Interest Rates on Cryptocurrencies Could Be a Game-Changer

Celsius recognizes ICO proceeds as revenue only when it converts the funds to dollars, she said, again citing tax reasons.

It waited to convert the crypto to dollars because the firm identifies as a “HODLer,” she added, using crypto argot for a long-term investor.

CORRECTION (July 29, 20:20 UTC): An earlier version of this article overstated Celsius’ recent funding round. It was $19.2 million crowdfunded on BnkToTheFuture including, not in addition to, $10 million from Tether. The corrected passage was moved up to the second section.