Bitcoin returned above $42,000 on Thursday as buyers appear to be gaining strength. The cryptocurrency experienced a volatile September and is down about 11% for the month to date, compared to a 4% loss in the S&P 500 stock index over the same period.

But looking to October, some analysts expect a recovery in cryptocurrency prices. Historically bitcoin generates positive returns in the fourth quarter, according to the data, and that could limit selling pressure.

Technical indicators show support, or the price level that an asset does not fall below for period of time, at $40,000, although resistance remains strong around $50,000, where buyers took some profit earlier this month. “Ultimately BTC needs a break (daily price close) above $47,000 to mark a resumption of the broader uptrend,” Michael Boutros, analyst at DailyFX, wrote in an email to CoinDesk.

ALGO, the cryptocurrency of the Algorand open-source blockchain protocol, outperformed the CoinDesk 20 list (comprised of the top 20 cryptocurrencies by market capitalization) in September. Most of ALGO’s price rally was attributed to Algorand’s $300 million decentralized finance (DeFi) innovation fund launched on Sept. 10.

Bitcoin also outperformed a majority of CoinDesk 20 despite the higher volatility in September. Meanwhile, AAVE, DOGE and ETH experienced losses greater than 20% in September. 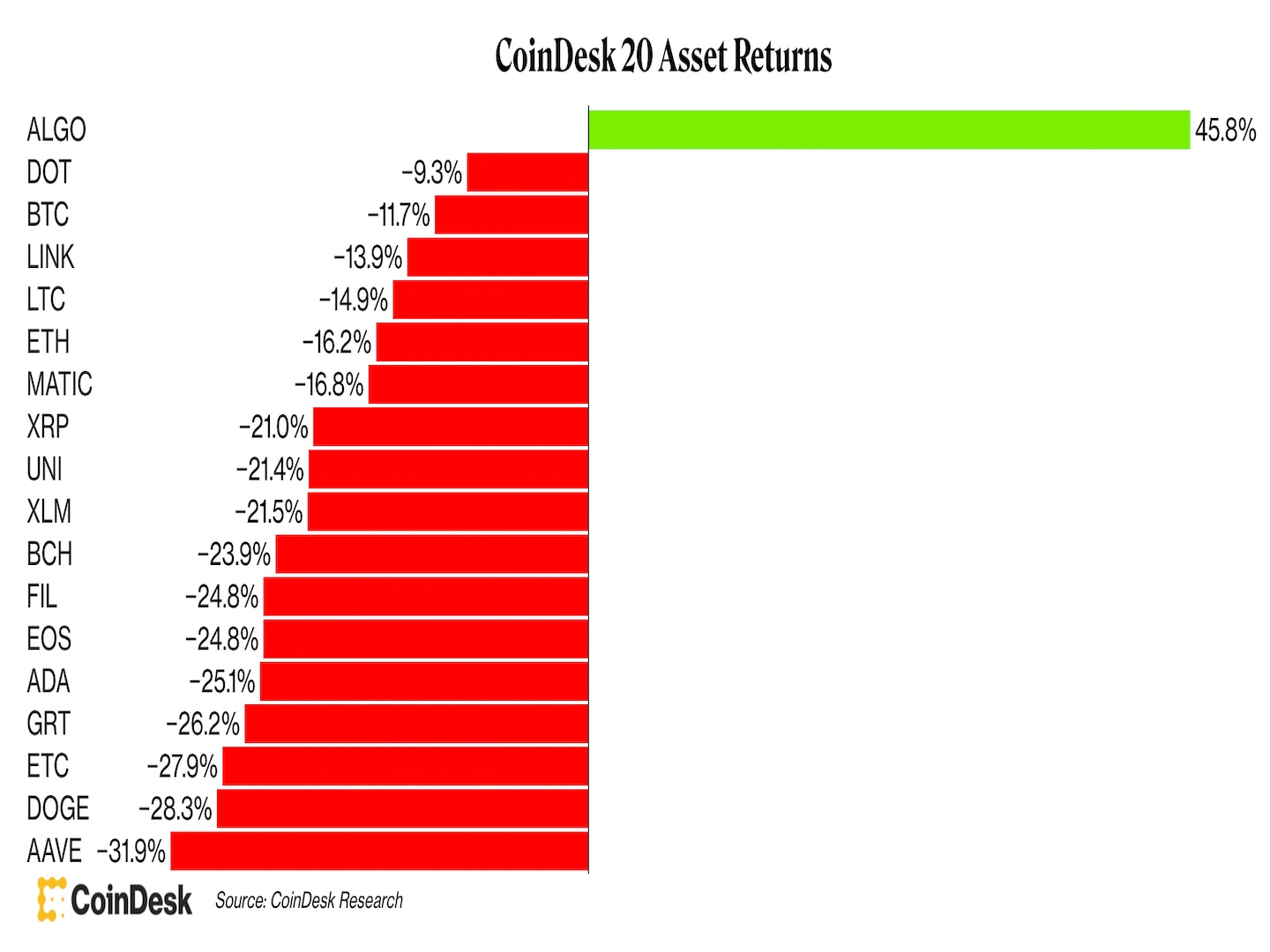 “Bears start to hibernate” in autumn, FundStrat, a global advisory firm, wrote in a Wednesday newsletter, referring to bitcoin’s tendency to produce positive gains in October.

“Overall, [bitcoin] has fared quite well in October, often following abysmal September performances with meteoric rebounds,” FundStrat wrote. “We think this is useful data for those investors discouraged by recent volatility.”

Historically, equities also produce positive returns in October, albeit vulnerable to volatile swings. November is typically the strongest month for both equities and cryptocurrencies. Days before blockchains Celo, Avalanche and Algorand announced major incentive programs, trading volumes across all centralized exchanges for their respective tokens were rising steadily, as were their prices, according to data compiled by the crypto analysts at Kaiko.

For example, before Algorand announced its $300 million DeFi fund, the price of its token ALGO had been climbing for a few days – this positive growth in pricing was also little affected by a broader market sell-off at the time.

According to some sources who spoke to CoinDesk on the subject, it is still possible that insider trading was involved in the pre-event price pump. Read more here. 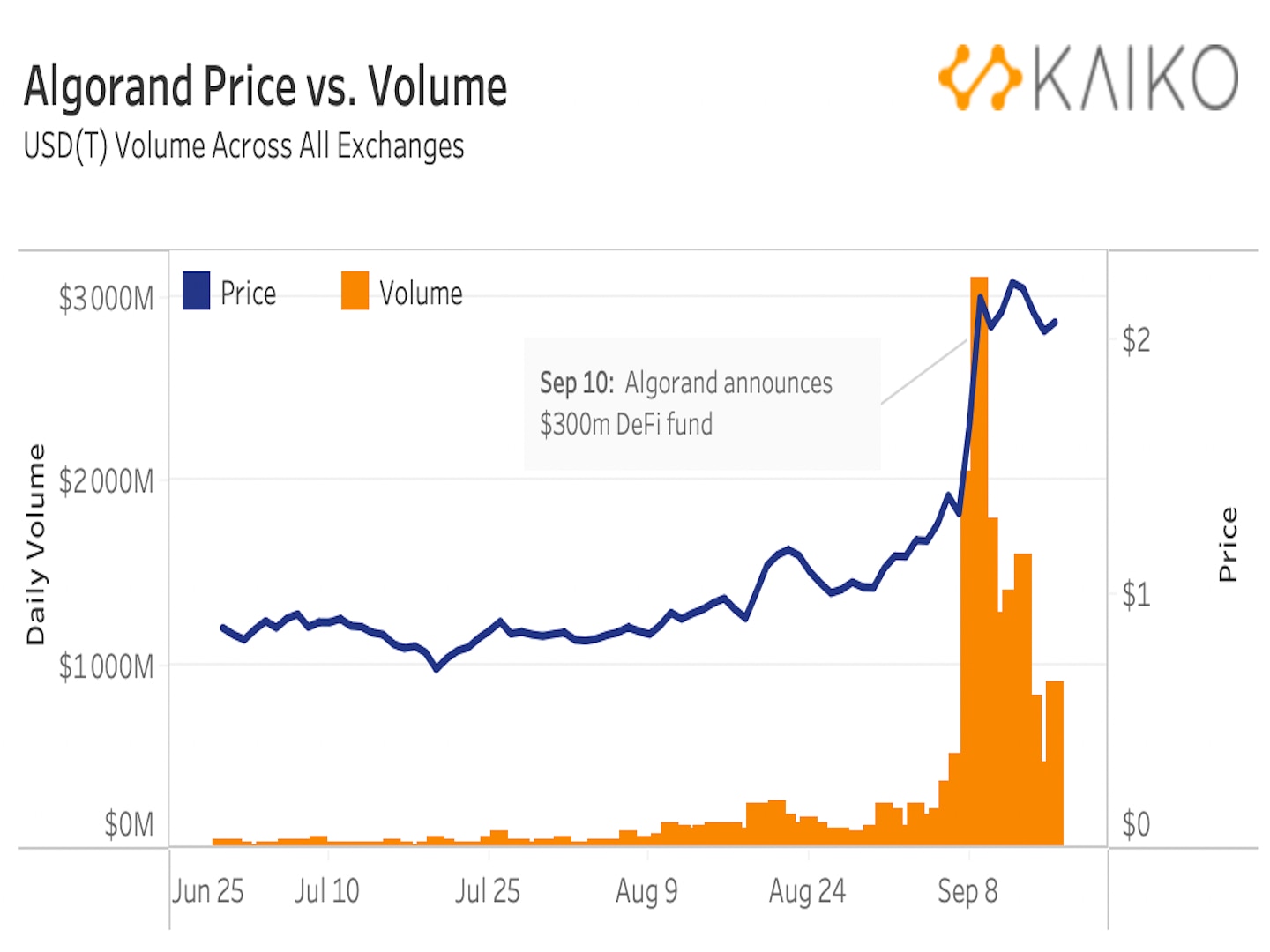 Most digital assets in the CoinDesk 20 ended the day higher.