How Does Ethereum Staking Work?

How Does Ethereum Staking Work?

The launch of the Beacon Chain network in December introduced the first iteration of protocol-level staking for Ethereum investors.

Put simply, Ethereum staking is the process of locking up an amount of ETH – the native cryptocurrency of the Ethereum blockchain – for a specified period of time in order to contribute to the security of the blockchain and earn network rewards.

People who do this are known as “validators” or “stakers,” and are tasked with processing transactions, storing information and adding blocks to the Beacon Chain – the new consensus model of Ethereum. As a reward for their active involvement in the network, validators receive interest on their staked coins, denominated in ether.

This method of staking not only serves as a passive income opportunity for contributors, but it also helps to secure the next iteration of the Ethereum network, dubbed Ethereum 2.0. Ethereum 2.0 is the next phase of Ethereum that runs on the Beacon Chain, Ethereum’s proof-of-stake (PoS) consensus model.

As part of plans to enable a faster and environmentally friendly transaction validation process, Ethereum protocol developers are expected to execute a switch from a consensus model known as proof-of-work (PoW) to PoS.

Proof-of-stake is the name of the consensus mechanism that requires users to stake an amount of cryptocurrency to become validators, as described above, as opposed to something like proof-of-work that requires users to purchase and run mining equipment, or proof-of-authority, where users have to provide evidence of their identities.

Oftentimes, a validator in a PoS system will increase the chances of earning rewards on the network by staking more coins. Depending on the PoS system, users may also be able to delegate their stake to another user who can perform the responsibilities of being a validator on their behalf.

Why is Ethereum switching to PoS?

One of the main reasons for the consensus switch is to dramatically reduce the energy requirements for validating transactions and issuing new ETH. According to an Ethereum Foundation blog post, the team expects the new PoS system will reduce the amount of energy consumed during the validation process by 99.95%.

One reason for that is the minimum hardware requirements to run a PoS validator node are significantly cheaper and easier to access for the average user than the advanced computer hardware needed to be a crypto miner. Staking, unlike mining, can be done on everyday computers or laptops, and so it removes the need for electricity-guzzling mining equipment. Because it’s more accessible, it also means there’s a strong possibility the new 2.0 system will attract more node operators. That, in turn, will help boost the new network’s decentralization. 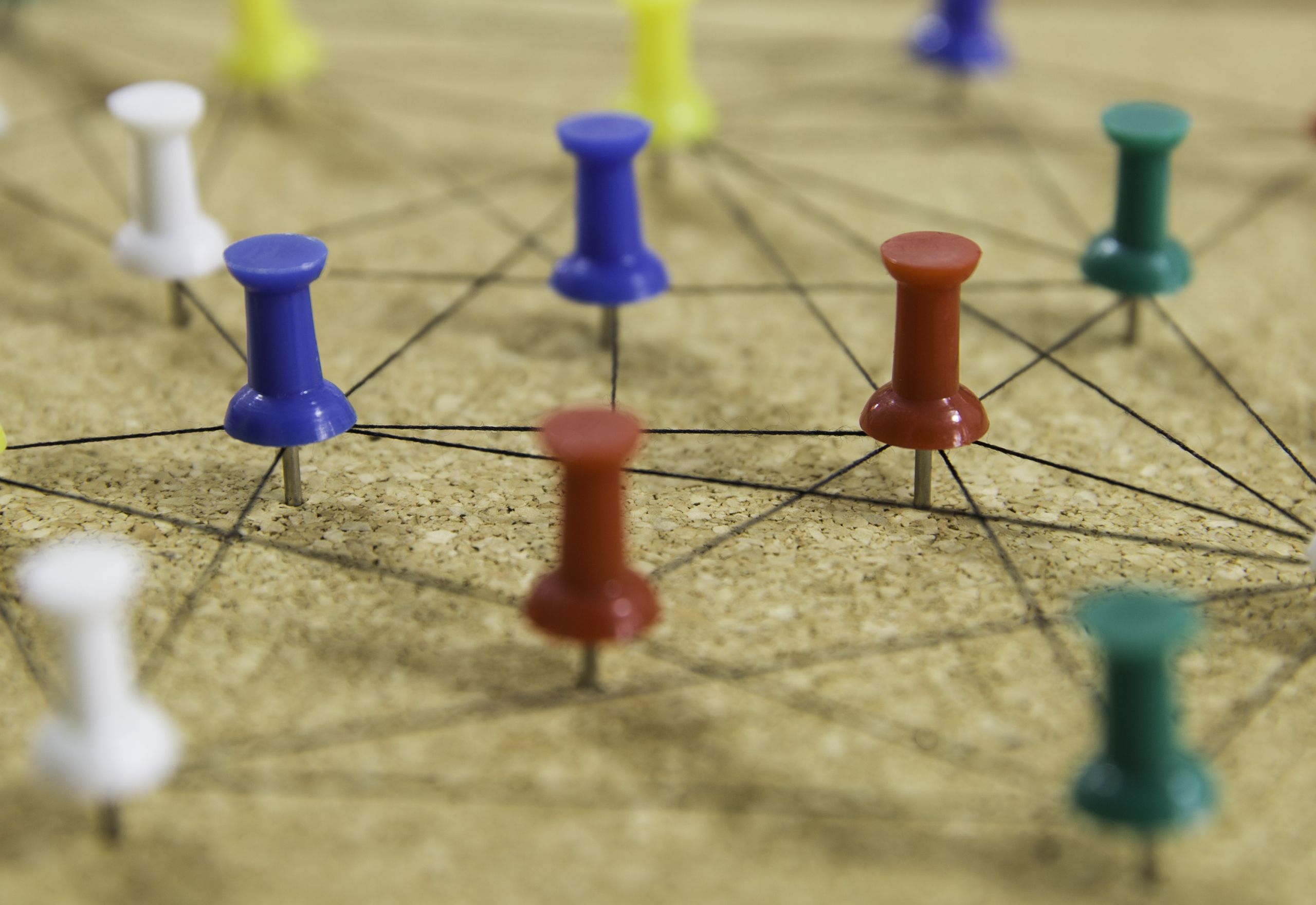 PoS on Ethereum is also intended to lay the groundwork for “sharding” – a partitioning technique that allows multiple parallel chains to share data and transaction load efficiently. These shard chains, when combined with a secondary scaling product known as “rollups,” could allow Ethereum to process upward of 100,000 transactions per second. That’s a huge leap compared with the 10-15 transactions per second it currently processes.

Read more: What Is Sharding?

Rollups involve batching dozens of transactions together off the main chain, creating a cryptographic proof for them (evidence of their validity) and then submitting that to the main chain.

How does ethereum staking work?

Unlike the PoW-based blockchain, the PoS-powered blockchain bundles 32 blocks of transactions during each round of validation, lasting 6.4 minutes on average. These bundles of blocks are what’s known as “epochs.” An epoch is considered finalized – that is, the transactions contained are irreversible – when the blockchain adds two more epochs after it.

During the validating process (also known as the “attesting process”), the Beacon Chain randomly groups stakers into “committees” of 128 and assigns them to a particular shard block.

Each committee has a set time for proposing a new block and validating the transactions inside of it, called a “slot.” There are 32 slots in each epoch, meaning 32 sets of committees are required to complete the validation process in each epoch.

Once a committee is assigned to a block, one random member of the group is granted the exclusive right to propose a new block of transactions while the remaining 127 members vote on the proposal and attest to the transactions.

Once a majority of the committee has attested the new block, it’s added to the blockchain and a “cross-link” is created to confirm its insertion. Only then does the staker who was chosen to propose the new block receive their reward.

How to get involved

Those interested in staking on the new Ethereum network would have to set up a staking node by running Ethereum 1.0 and Ethereum 2.0 clients. Ethereum clients are just software that enables nodes to interact with the Ethereum network.

As a minimum requirement, you’ll need to use a computer with enough memory space to download both Ethereum blockchains – the old and the new. Already, Ethereum 1.0 contains around 900 gigabytes of data, and it expands at a rate of about 1GB per day.

Validators are also expected to keep their nodes connected to the blockchain 24/7. Therefore, a quality internet connection is a core criterion. After you install your validator software on your computer, the next step is to lock away a minimum of 32 ETH to the appropriate Ethereum staking contract address:

To do that, you will have to generate two keys – one for signing and validating blocks of transactions and the other for withdrawing your funds. However, you won’t be able to create your withdrawal key for now until Eth 1.0 merges with Eth 2.0 in 2022.

Note that you have to first visit the ETH 2.0 launchpad and follow the instructions contained before you make payment into the staking contract address.

This payment validates your claim to become a validator. It also provides the network a way to punish rogue validators undermining the validity of the Ethereum blockchain intentionally or accidentally. Whenever the blockchain notices discrepancies in the activities of validators, it will “slash” the staked funds of the culprits.

Slashing is the term used for when an Ethereum 2.0 validator purposefully breaks network rules and is forcefully removed. An amount of their staked ETH is also removed as a penalty, and in some cases, the full staked amount of 32 ETH can be taken.

Likewise, offline validator nodes get issued minor penalties too to encourage staying connected to the network. The protocol issues both penalties and rewards approximately every six and a half minutes or epoch.

How profitable is ethereum staking?

The reward distributed to stakers depends on the total number of ETH staked and the number of validators on the network. When the pool of staked ETH dips, the annual interest rate increases.

For example, when there were only around 500,000 ETH staked last year, the annual percentage rate of interest (APR) was a little over 20%. Today, there are more than 6,800,000 ETH locked on the blockchain, meaning the APR has dropped to about 6.0%.

As soon as the pool of stakers is large enough to promote a decentralized ecosystem, the interest rate drops. For now, it is impossible for stakers to withdraw staked funds and accrued rewards, at least not until the Ethereum 2.0 and Ethereum 1.0 merge.

What is a staking pool?

Understanding that not all interested stakers can afford 32 ETH to participate in the network – which at present costs about $103,000 – some platforms have begun to provide staking products that allow investors to combine their financial resources to meet the minimum requirements for becoming a validator. That is also an ideal option for individuals who don’t want to undertake the technical requirements that come with staking. In essence, users need only to deposit and lock their capital on a third-party platform and start earning returns. It’s staking without the hassle.

Staking unlocks opportunities for the Ethereum ecosystem. It will make Ethereum a more environmentally friendly blockchain. And it also puts a lot more participants in the position to become validators and earn ETH.