Huobi to Gradually Expel Its China Users in Wake of Ban; Token Slides to 8-Month Low

Huobi to Gradually Expel Its China Users in Wake of Ban; Token Slides to 8-Month Low

Prominent crypto exchange Huobi Global announced on Sunday that it would stop serving existing China-based users by the end of this year, sending its native cryptocurrency Huobi Token (HT) to eight-month lows.

Huobi token fell below $6 on major exchanges early Sunday, hitting the lowest since Jan. 30. At press time, the cryptocurrency is changing hands near $7.40, representing an 18% slide on the day, according to data provided by TradingView. 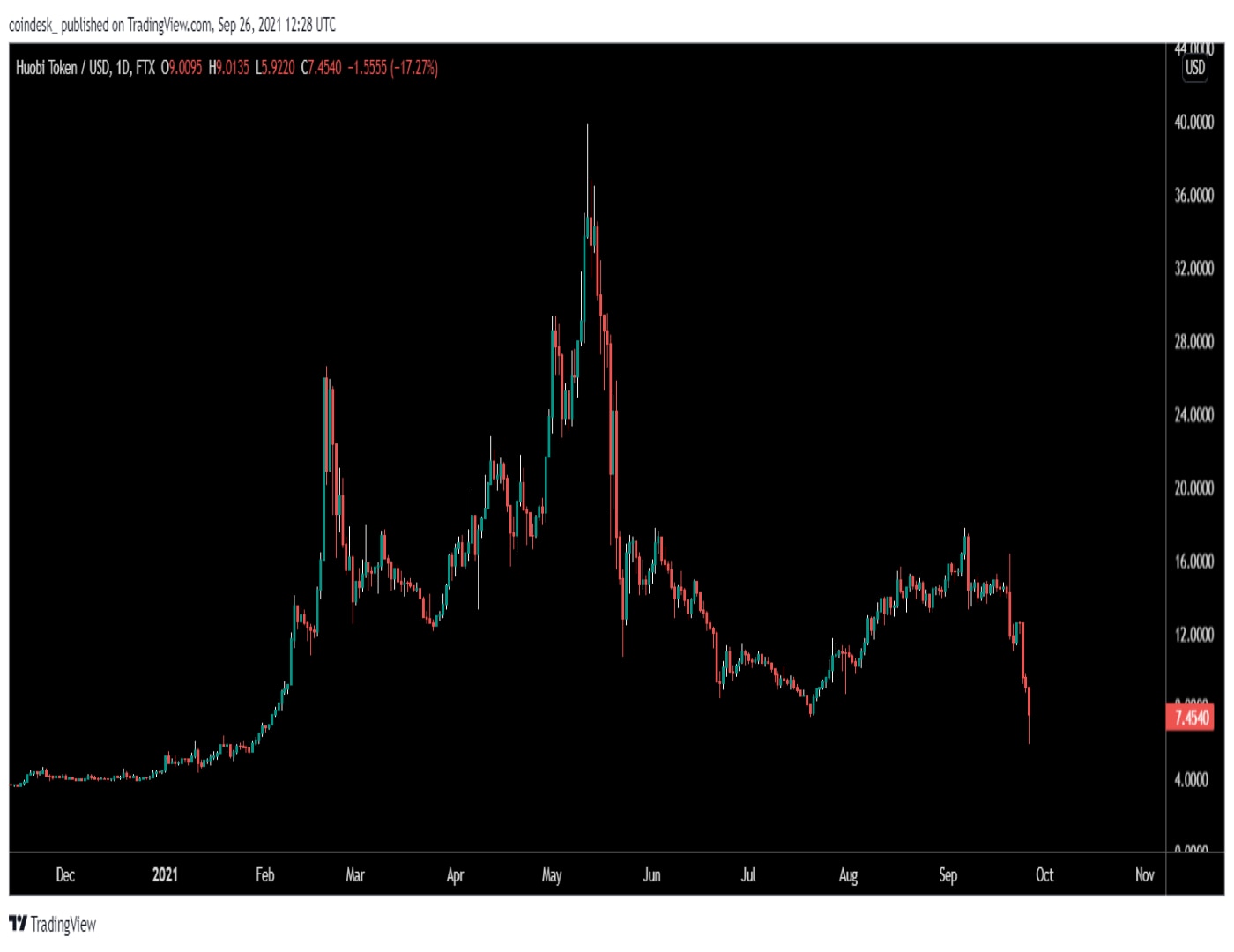 The token’s price has more than halved in the past seven days alone and has lost 80% of its value since China renewed its crackdown on cryptocurrency trading and mining in mid-May.

Coins of other China-sensitive trading venues and Web 3 projects are also facing increased selling pressure. Crypto exchange OKEx’s OKB token hit a five-week low of $7 early today. While the price has bounced to $14 since then, it is still down 20% on a seven-day basis.

FIL, a cryptocurrency that powers decentralized peer-to-peer file storage network Filecoin, is currently trading at $55, the lowest since Aug. 6, and down 33% in seven days.

Crypto market leader bitcoin has steadied since Friday’s knee-jerk sell-off to $40,700 in the wake of the China news. The cryptocurrency is currently changing hands above $43,000 – up 1.3% on the day.