Bitcoin is in recovery mode as some indicators suggest the sell-off is approaching oversold levels. For example, the relative strength index (RSI) on the daily chart is rising from oversold territory. But the bitcoin Fear & Greed Index is approaching extreme levels last seen in May, which is a bearish sign.

Altcoins are outperforming bitcoin on the way up after they took a relatively bigger hit during the sell-off earlier this week, CoinDesk’s Lyllah Ledesma wrote.

Some traders have been buying the dip, especially long-term BTC holders, according to blockchain data. Still, some analysts remain skeptical of the recent rebound and expect BTC resistance at $47,000 to stall the upside.

Other traders remain active, seeking opportunities for investments that will outperform BTC by using options and futures strategies. “Over time, a lot of folks that deployed in crypto went for vanilla (passive) strategies, but saw that they could get more alpha and mitigate risk with active strategies,” crypto hedge fund BKCoin Capital said in an interview with CoinDesk.

Meanwhile, bitcoin’s Fear & Greed Index is sending bearish signals. Some analysts view that as a contrarian signal and expect bullish sentiment to return into the fourth quarter.

“Bitcoin lost its momentum before the greed level was hit, when another market crash happened, and the Fear and Greed Index fell right back into the fearful levels,” Arcane Research wrote in a report on Tuesday, highlighting the recent whipsaws in market sentiment.

Historically, extreme levels in the Fear & Greed Index preceded turning points in BTC’s price, like when it hit an all-time high of about $63,000 in April and sunk to a recent low at around $30,000 support in July. 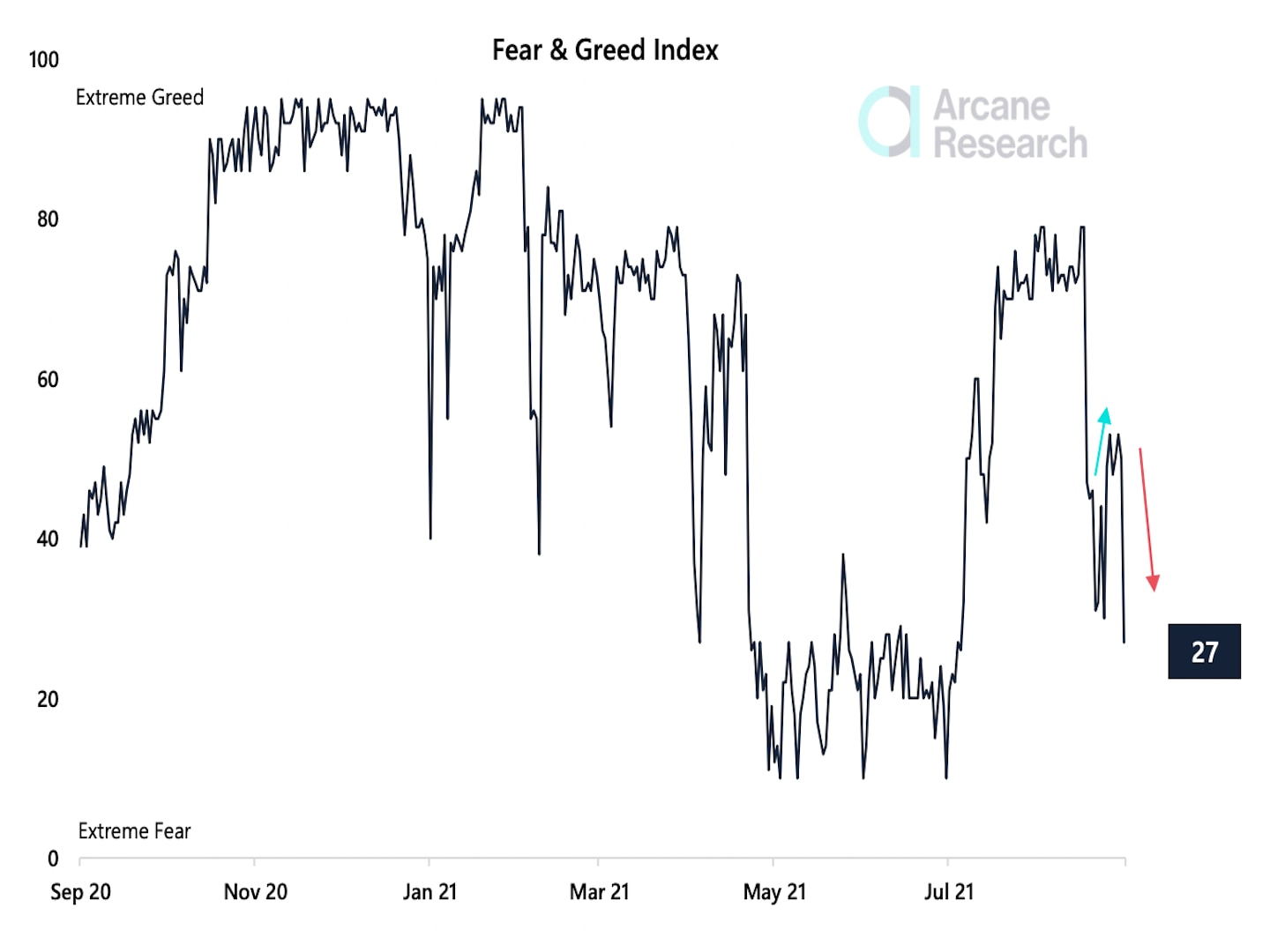 Small bitcoin holders, or those who own fewer than 10 BTC, have accelerated their accumulation of BTC after large sell-offs, according to blockchain data compiled by Glassnode.

The chart below shows the distribution of small bitcoin holders at about 13% of total supply. These holders have increased their stake in BTC since the crypto sell-off in May, suggesting that investors remain active above $30,000, where the price has stabilized over the past few months. 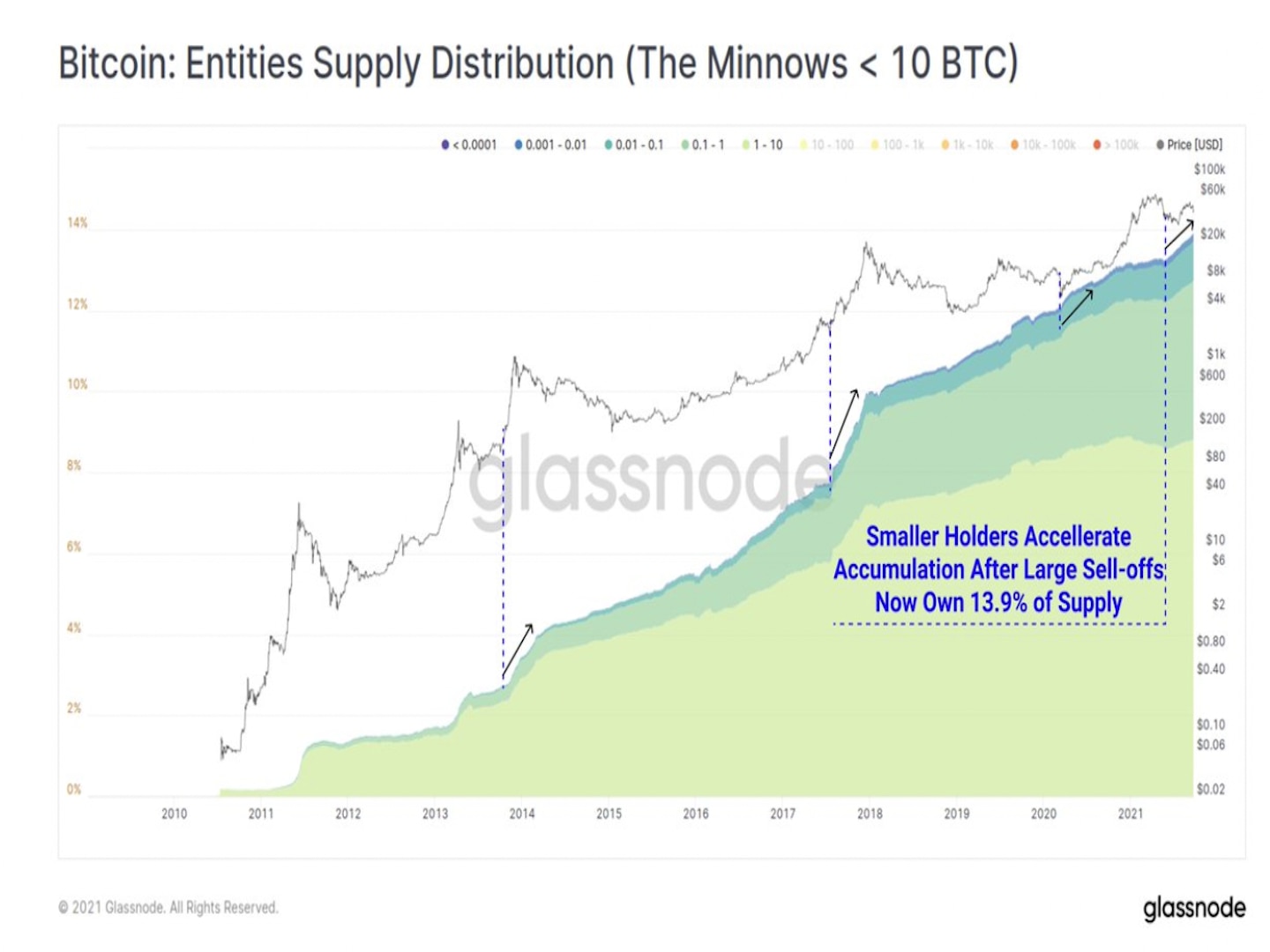