The dollar’s predominance in the global financial system has given the United States enormous financial and geopolitical power that hurts its rivals and rankles even its allies. The uncomfortable reality that other countries face is that the preeminence of the dollar makes it difficult for them to avoid the dollar-based financial system, tying them to the currency and exposing them to U.S. sanctions.

Eswar Prasad is the Tolani Senior Professor of International Trade Policy at Cornell University and a senior fellow at the Brookings Institution.

In his 2018 State of the Union speech, then-European Commission President Jean-Claude Juncker noted:

It is absurd that Europe pays for 80% of its energy import bill – worth 300 billion euro a year – in U.S. dollar [sic] when only roughly 2% of our energy imports come from the United States. It is absurd that European companies buy European planes in dollars instead of euro. This is why, before the end of the year, the Commission will present initiatives to strengthen the international role of the euro. The euro must become the face and the instrument of a new, more sovereign Europe. For this, we must first put our own house in order by strengthening our Economic and Monetary Union, as we have already started to do. Without this, we will lack the means to strengthen the international of role of the euro.

This amounted more to a plea than a statement of – the euro’s role in international finance has continued to decline while Europe continues to be racked by political dissension and centrifugal forces that threaten to pull the continent apart rather than bring it together.

Nevertheless, U.S. government officials are certainly aware that dollar dominance is not preordained, with particular risks of blowback from the rest of the world in response to overreaching when applying U.S. sanctions. Jack Lew, who was Treasury secretary under President Barack Obama, provided a clear articulation of these concerns:

Sanctions should not be used lightly. They can strain diplomatic relationships, introduce instability into the global economy, and impose real costs on companies here and abroad. . . . The risk that sanctions overreach will ultimately drive business activity from the U.S. financial system could become more acute if alternatives to the United States as a center of financial activity, and to the U.S. dollar as the world’s preeminent reserve currency, assume a larger role in the global financial system. . . . The more we condition use of the dollar and our financial system on adherence to U.S. foreign policy, the more the risk of migration to other currencies and other financial systems in the medium-term grows. Such outcomes would not be in the best interests of the United States for a host of reasons, and we should be careful to avoid them.

This worldview has not generally been reflected in U.S. policy on the ground, which has more closely resembled an approach that, in American parlance, can be characterized as “my way or the highway.” Secretary Lew noted the particularly insidious effects of secondary sanctions – threats to cut off foreign individuals or companies from the U.S. financial system if they engaged in any activities with sanctioned entities, even if such activities did not touch the United States directly. He noted that this could cause resentment even among close U.S. allies, who view these as extraterritorial attempts to force them to comply with U.S. foreign policy. Indeed, there are reasons aplenty for resentment of the dollar’s preeminence.

Competition could trim the dollar’s dominance

The demand for Bitcoin as a store of value has stoked discussion about whether such cryptocurrencies could challenge the role of traditional reserve currencies, in particular the dollar. It is more likely that as the underlying technologies mature and as better validation and consensus mechanisms are developed cryptocurrencies will start playing a bigger role as mediums of exchange. Even that proposition is a tenuous one given the high levels of price volatility that such currencies are prone to. Nevertheless, this shift could occur over time as the payment functions of cryptocurrencies take precedence over speculative interest in them, especially if private stablecoins gain more traction.

The changing landscape of cross-border payments will have repercussions. The decline in costs and easier settlement of cross-border transactions across currency pairs could weaken the dollar’s role as a vehicle currency and as a unit of account in international transactions. It is hardly a stretch to conceive of the denomination and settlement of contracts for oil and other commodities in other currencies, perhaps even emerging market currencies such as the renminbi.

Indeed, China’s purchases of oil from Russia and Saudi Arabia could easily be contracted for and settled in renminbi since those countries could use those revenues to pay for their imports from China. China has also begun issuing renminbi-denominated oil futures as a way of shifting more financial transactions related to oil purchases and sales, including in derivatives markets, away from the dollar. Such developments are important but should be kept in proper perspective. While the very existence of renminbi-denominated oil derivative contracts is a noteworthy development, this is a far cry from such contracts playing a major role or in any significant way displacing dollar-denominated contracts.

Notwithstanding any such changes, the role of the dollar and other traditional reserve currencies as stores of value is unlikely to be affected. Safe financial assets – assets that are perceived as preserving their value even in times of extreme national or global financial stress – have many attributes that cannot be matched by cryptocurrencies.

One important requirement of a store of value currency is depth. That is, there should be a large quantity of financial assets denominated in that currency so that both official investors such as central banks and private investors can easily acquire those assets. There is a vast amount of U.S. Treasury securities, not to mention other dollar-denominated assets, that foreign investors can easily acquire. Another characteristic that is important. for a store of value, and one that is very much related to its depth, is its liquidity. That is, it should be possible to easily trade the asset even in large quantities. An investor should be able to count on there being sufficient numbers of buyers and sellers to facilitate such trading, even in difficult circumstances. This is certainly true of U.S. Treasuries, which are traded in large volumes.

The dollar’s status, in particular, is not under serious threat

Read more: Money Reimagined: Inflation Is Here? Always Has Been

For an aspiring safe haven currency, depth and liquidity in the relevant financial instruments denominated in that currency are indispensable. More importantly, both domestic and foreign investors tend to place their trust in such currencies during financial crises because they are backed by a powerful institutional framework. The elements of such a framework include an institutionalized system of checks and balances, the rule of law, and a trusted central bank. These elements provide a security blanket to investors, assuring them that the value of those investments will be protected and that investors, both domestic and foreign, will be treated fairly and not subject to risk of expropriation.

There are legitimate concerns that Donald Trump and his enablers inflicted irreparable damage on the institutions that underpin trust in the dollar. More troubling, America’s vaunted system of checks and balances did not work well during his administration. Republican members of Congress abrogated their role to act as a check on the powers of the president, tolerating his attacks on the independence of the Fed, the evisceration of the rule of law, and a range of capricious economic policies.

Fortunately for the United States (and the world), the self-correcting mechanisms of democracy ultimately prevailed. Some of the damage to the U.S. institutional framework and investors’ faith in it could prove to be long-lasting. Still, in international finance, everything is relative. The U.S. institutional framework might have taken some body blows, but there is no rival that can match the combination of economic, financial, and institutional strength that anchors the dollar’s dominance.

While reserve currencies might not be challenged as stores of value, digital versions of extant reserve currencies and improved cross-border transaction channels could intensify competition between reserve currencies themselves. In short, the finance-related technological developments that are underway or on the horizon portend some changes in domestic and international financial markets, but a revolution in the international monetary system is not quite in the cards for the foreseeable future.

The dollar’s status, in particular, is not under serious threat. Is that too sanguine a perspective if it is not just cryptocurrency enthusiasts but the world at large clamoring for change?

The fervent desire of government leaders and officials around the world to knock the dollar off its pedestal has converged with the quest for alternative safe assets. These desires have been given new life by the genesis of crypto currencies and their newfangled technologies.

In September 2019, Benoît Cœuré, then a member of the Governing Council of the ECB, gave a speech in which he speculated on whether a global stablecoin such as Libra/Diem “may be a contender for the Iron Throne of the dollar.” He argued that “in specific circumstances, and if allowed to develop, private digital forms of money could challenge the supremacy of the U.S. dollar more easily, and faster, than currencies issued by other sovereigns.”

Cœuré made two key points. First, it was no longer the case that the widespread use of existing reserve currencies would confer on them a persistent advantage over new currencies. Such network effects usually make it hard to dislodge incumbents. Cœuré noted that the costs of switching are much lower in the case of retail consumer payments (as we saw in Chapter 3) than they are for traditional currencies used for wholesale cross-border trade and finance. Second, he argued that the factors driving international currency use are also changing and that new currencies have advantages. He noted that “it is probably easier to connect a new currency to an existing network – the case of Libra – than to build a new network on an existing currency – the case of the euro.” 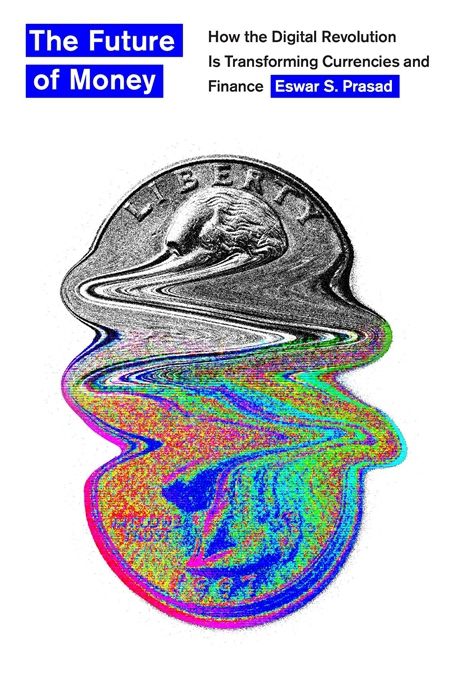 This line of argument suggests that international currencies could piggyback on other uses, turning on its head the conventional paradigm that a currency used for payments or, for that matter, an electronic payment plat form is then put to other uses over time. Adding a payment function using a digital token or a global stablecoin to an existing messaging platform such as WhatsApp would enable direct transfers of money between users of the platform. The underlying business model, a messaging and communication service, would not be affected by these additional payment-related functions.

Such stablecoin initiatives built on top of service platforms that have extensive international reach could indeed make domestic and cross-border payments, at least between individuals and small businesses, relatively seamless. Thus, competition between international currencies both new and old could become more heated and dynamic in the future, with the advantages of incumbency no longer as powerful as they once were.

Given the extensive frictions that beset international payments, it is certainly a plausible proposition that stablecoins could gain traction as mediums of exchange that supplement, but do not supplant, existing payment currencies. In any event, the dollar is least likely to be hurt by any competition from alternative payment currencies.

A more likely outcome is an erosion in the shares of currencies such as the euro, the British pound sterling, and the Japanese yen, while the dollar remains largely unscathed. After all, stablecoins pegged to the dollar would simply make it easier to gain access to the world’s leading currency. If Diem were to provide equally accessible versions of coins linked to the dollar, the euro and a few other major currencies, it is a fair bet that, at least initially, demand would be strongest for the dollar-backed coins.