Bitcoin has recently decoupled from the weak stock markets, reviving speculation that the cryptocurrency may be beginning to draw demand as a haven or inflation-hedge asset.

Since Sept. 29, the largest cryptocurrency by market value has risen 20% to trade near $49,300 while the S&P 500, Wall Street’s benchmark equity index, has dropped by 2.6% to 4,300. Bitcoin’s positive price action is in stark contrast to previous price corrections of this year, which coincided with an S&P 500 decline of 2% or more.

Let’s look at the each factor in detail:

“Inflation is here to stay, and every household is starting to see prices skyrocket for goods and services nationwide,” Carlos Betancourt, co-founder of BKCoin Capital, said. “Many savvy investors look for asymmetric opportunities and a hedge against inflation, and there is always one common asset that comes to mind … remember, bitcoin is the only asset that governments or central banks cannot manipulate.” 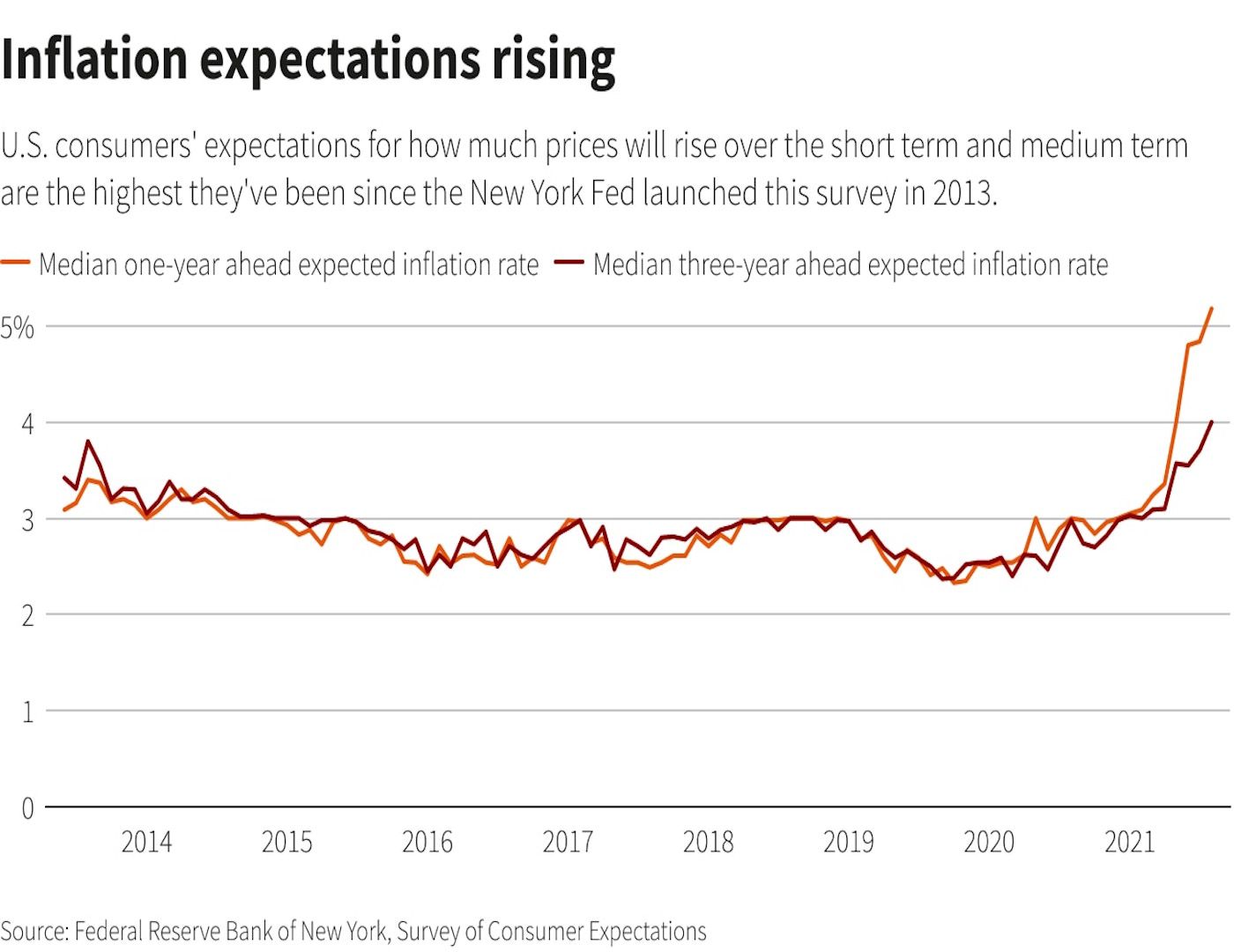 Bitcoin gets its store-of-value appeal from programmed code called mining reward halving, which reduces the pace of supply expansion by 50% every four years. That’s in stark contrast to the Fed’s never-ending money printing exercise. Several firms, including Nasdaq-listed MicroStrategy, have adopted bitcoin as an asset to preserve the value of their treasuries.

Marcie Terman, COO of crypto hedge fund Panxora Group, said both rising price pressures in the global economy and the uncertainty about the U.S. debt ceiling are negative for stocks but positive for bitcoin because “people are using the cryptocurrency (like gold) as a hedge against inflation.”

Stocks have come under pressure in recent weeks, on concerns the Fed will scale back stimulus at a faster rate to control inflation and the debt-ceiling saga.

“Inflation fears are lifting expectations of the future path of interest rates by the Federal Reserve,” said Max Boonen, founder of crypto market-making firm B2C2. “As usual, that could weigh on stocks. On the other hand, bitcoin is seen as more insulated against inflation than equities thanks to its fixed supply.”

Institutions and venture capital firms are pouring money into the crypto ecosystem, having shown no signs of relenting during the recent bearish price trends.

“New quarterly months have typically seen a lot of new fund inflows into the ecosystem,” Shiliang Tang, chief investment officer of crypto hedge fund LedgerPrime told CoinDesk in a Telegram chat. “So funds need to put capital to work, which has helped in this case.”

“A few funds we’ve spoken to have seen very strong new capital inflows this quarter,” Tang said. Data from ByteTree Asset Management shows European and Canadian ETFs, and the U.S. and Canadian closed-ended funds have accumulated over 3,000 bitcoin in the past four weeks.

“Ask any OTC [over-the-counter] dealer who specializes in digital assets or any liquid digital asset fund manager, and they’ll all point to significant and constant monthly inflows,” Dorman wrote in his weekly research note.

According to data from research firm PitchBook, crypto companies raised a record $7.5 billion in the July-to-September period, surpassing the previous record raise of $7 billion seen in the first quarter.

Some investors could be buying the cryptocurrency on expectations that the final three months of the year will bring a more substantial rally, as they have often done in the past. 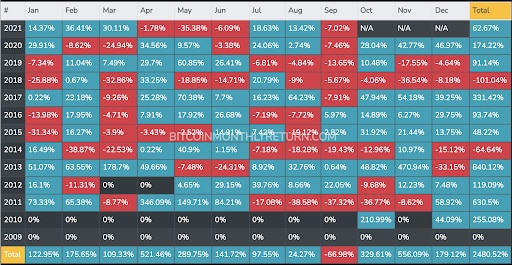 The seasonality chart above shows September is typically the worst month of the year while October, and the fourth quarter generally, is the strongest.

“Seasonality could be a self-fulfilling prophecy to some extent,” BKCoin’s Betancourt said. “However, particularly regarding crypto, the recent news flow is definitely [the primary] driver over historical charts.

Panxora’s Terman said that seasonal effects could have some influence; however, they are not reliable. “Since we take it as given that BTC was a viable market starting in 2013, we’ve only had eight data points to make that prediction. That’s too few data points for a rational assessment,” Terman noted in an email.

As discussed last week, a newfound optimism that the U.S. Securities and Exchange Commission (SEC) will soon approve futures-based ETF also seems to be driving the market higher.

“Canada officially approved a crypto ETF that includes both bitcoin and ether and U.S. SEC Chair Gary Gensler showed support for a futures bitcoin ETF recently, and that’s certainly been digested by investors as a bullish sign,” Betancourt said. “The SEC is reviewing over 20 applications for ETFs and futures ETF products linked to bitcoin and ether.”