Blockchain-enabled play-to-earn game Axie Infinity’s rapid growth came to a screeching halt in September, with revenue sliding by 40% from August, the first month-on-month decline since January.

The monster-battling game that uses non-fungible tokens (NFTs) to reward players made 64,933.71 ether (ETH), worth $220.32 million, in September, down from a record $342 million in August, data center Axie World shows. While September’s figure represents a nearly 3,000-fold year-on-year growth, it’s only about 10% of the pace of the month before.

Among blockchain-based applications, Axie’s monthly revenue was second only to Ethereum’s $830 million, according to data provided by Token Terminal. The popularity of the play-to-earn economy is evident from the fact that Axie Infinity earned significantly more revenue than the decentralized finance (DeFi) heavyweights like SushiSwap, Aave, Compound and Curve.

Launched by Sky Mavis in 2018, Axie infinity came into the limelight in the early third quarter as yield compression in bitcoin and decentralized finance drove hot money into gaming and NFTs.

The game has become a significant source of income in countries like the Philippines, Vietnam, Venezuela and Brazil. It’s become so popular in the Philippines, that the government has expressed its intention to tax Axie players. 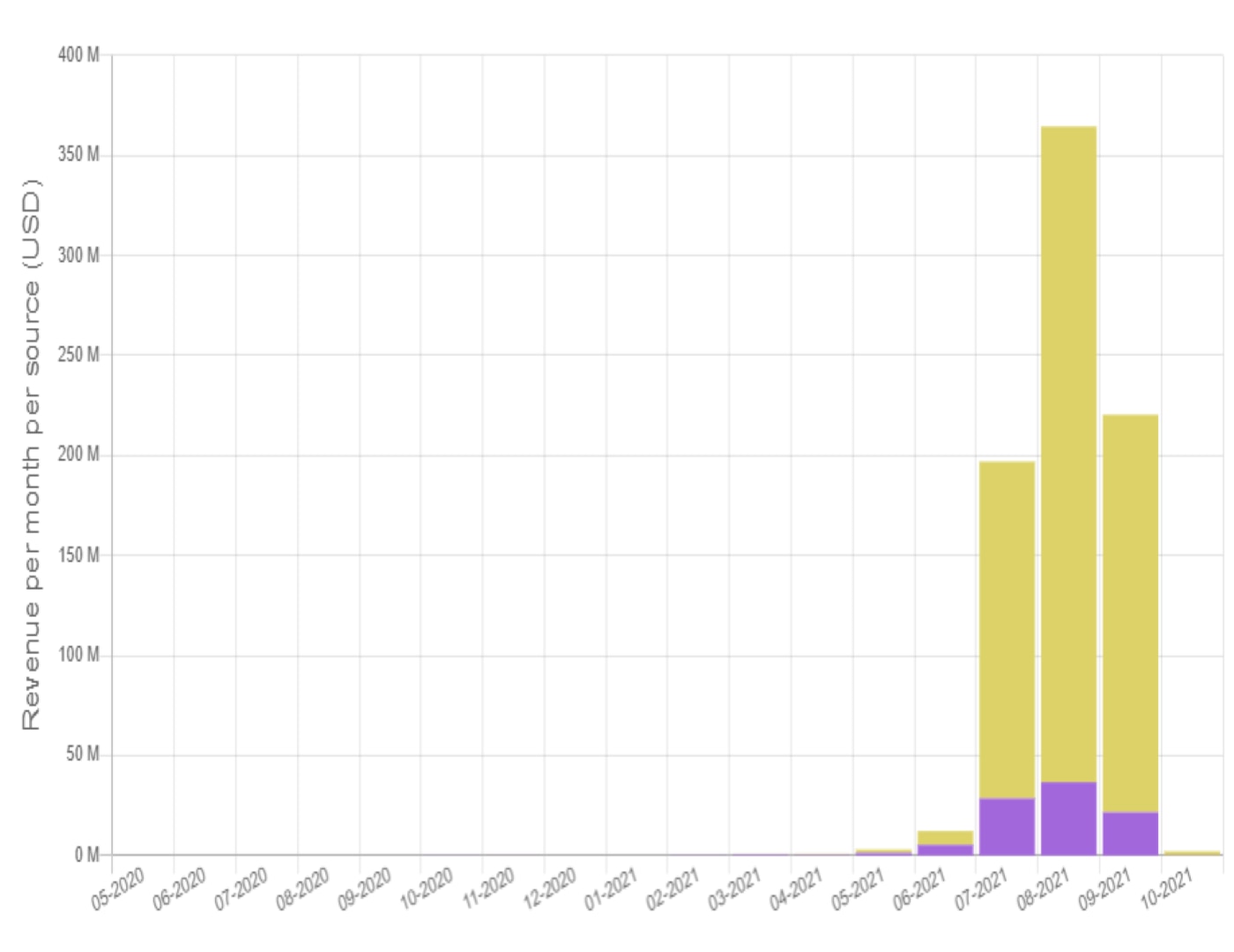 Axie allows players to collect, breed, raise, battle and trade token-based creatures known as “axies,” which are digitized as their own NFTs. The game has two utility tokens, smooth love potions (SLPs) and axie infinity shards (AXS), which can be easily converted to cash.

Breeding fees accounted for nearly 90% of the income in September, while the rest was earned from marketplace fees.

The AXS token was trading near $78 at press time, up over 14,000% on a year-to-date basis, according to TradingView data. Prices reached a high of $95 in early September before retreating with the broader crypto market in the wake of China’s blanket ban on virtual currency businesses.

“China’s crypto ban resulted in some downside for the token, but that was largely due to the high correlation nature of digital assets,” Denis Vinokourov, head of research at Synergia Capital, said in a LinkedIn post. “The underlying fundamentals remain very much intact, and demand for AXS and its ‘play-to-earn’ model will likely accelerate going forward.” 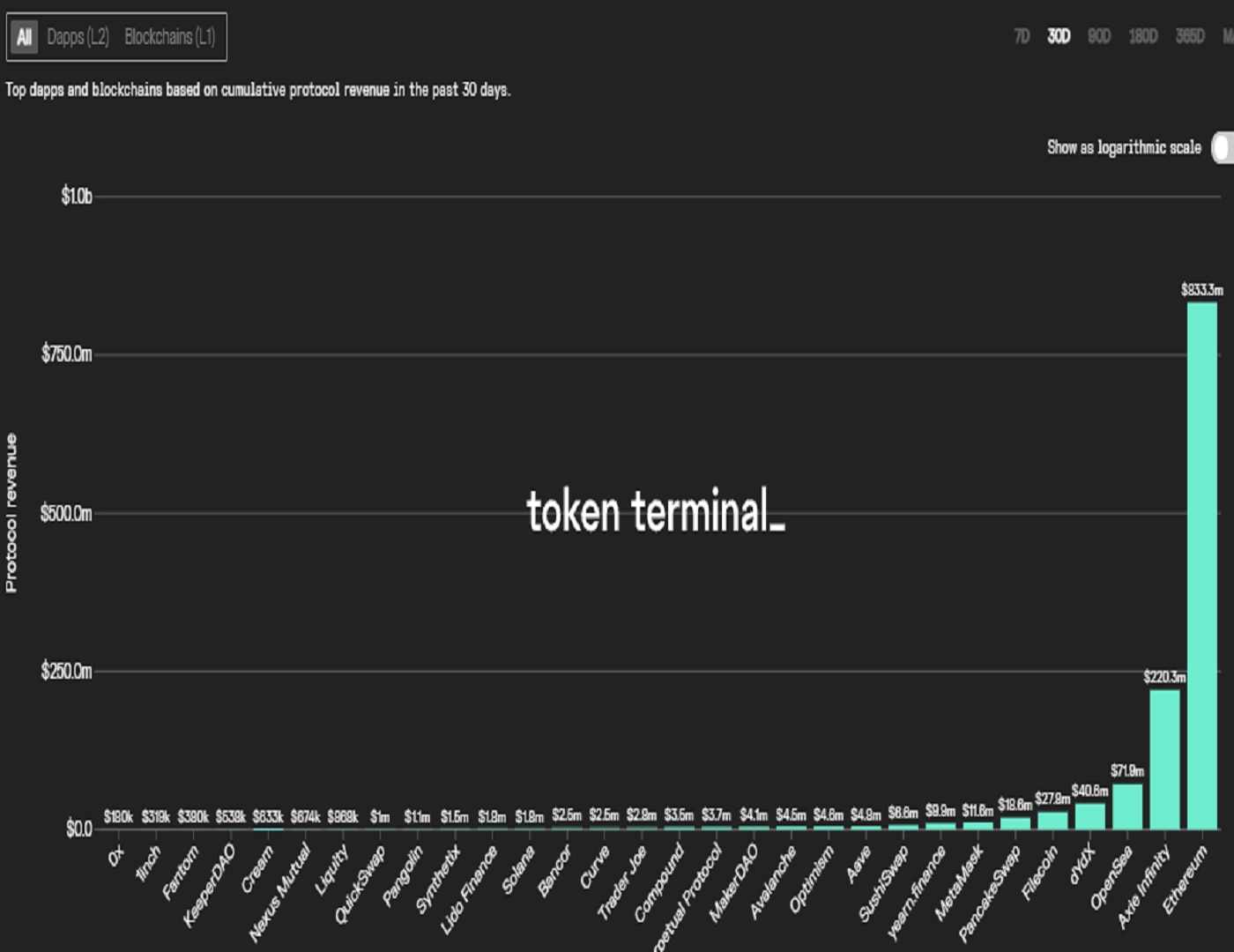