The ConsenSys-backed Palm blockchain scored a major win on Wednesday morning, announcing that the layer 2 chain will be home to a non-fungible token (NFT) drop from legendary comics publisher DC.

The NFTs will be “a thank you to its legion of loyal fans and an invitation to attend DC FanDome on Oct. 16,” per a press release shared with CoinDesk, and conference attendees will be able to claim the NFTs for free.

Much like the “Space Jam 2″ drop Palm hosted earlier in the year, collectors will also be able to claim a second NFT by sharing a social media link.

The drop centers on five popular DC universe characters: Batman, Superman, Green Lantern, Wonder Woman and Harley Quinn. Each NFT will be a comic cover featuring one of the characters from one of three different rarity tiers.

In a statement to CoinDesk, Palm executive creative director Straith Schreder said this will be the first of many DC-flavored drops:

“This is a long term partnership with DC with the goal of exploring how NFTs can shape the future of community-driven storytelling; to look at how digital objects can unlock experiences, and provide fans with a true stake in an evolving and complex comic book universe. In partnership with DC, Palm NFT Studio developed a large-scale drop to reward FanDome registration with art and future utility; designing the NFTs and creating the site, strategy and infrastructure behind the collection.”

New NFT marketplaces and minting platforms are emerging seemingly every week, but the competition is stiff and it’s increasingly difficult to stand out.

NFT collectors have demonstrated willingness to hop between platforms, currencies, and even different blockchains in pursuit of digital goods. As a result, the battle between issuers is increasingly being fought over intellectual property and licensing – whoever can secure desirable or recognizable branding can also secure traffics and sales. 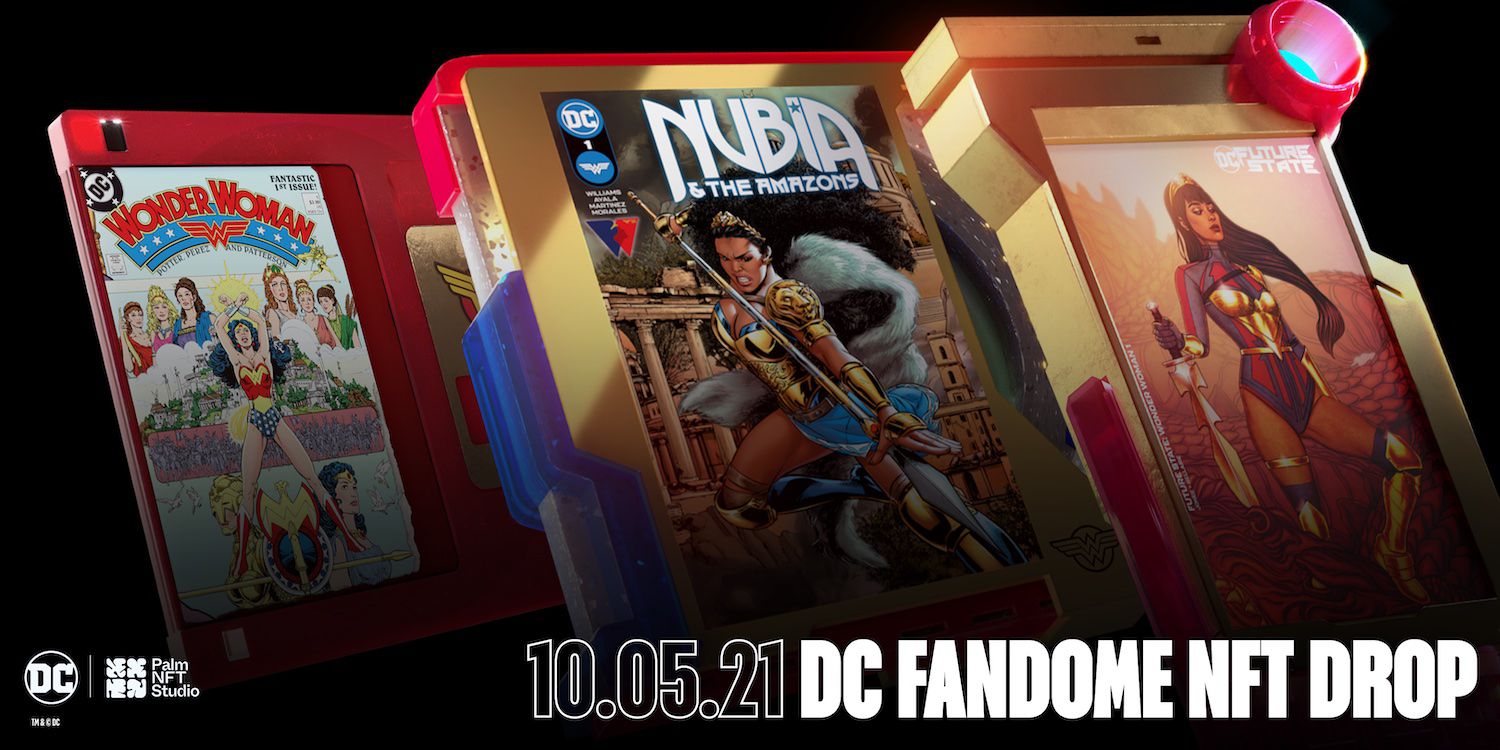 Despite being a relative newcomer to the space, Palm is making promising strides in this regard. In July, the chain announced the launch of Space Jam 2-branded NFTs built in collaboration with the native Nifties marketplace.

Additionally, the chain is home to legendary British artist Damien Hirst’s The Currency, a run of 10,000 NFTs that can be redeemed for physical paintings.

Read more: Damien Hirst’s ‘The Currency’ Is Just Like Money, but Is It Good Art?

Palm has hit technical snags that have impeded its growth, however. Users frequently bemoan the clunky and slow cross-chain bridge to Ethereum, and the chain remains incapable of working with hardware wallets.

In this environment, if Palm wants to compete they’ll have to continue signing major brands.